The Process of Cultural Learning for An Overseas Student 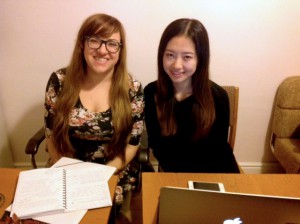 Two of our volunteers – Lindsey and Mengshi

At Union Street we work with a lot of volunteers many of whom come from abroad and are in Manchester to study as well as gain some insight into how we live in the UK.  This is an article written by one such volunteer named Mengshi, who talks about what it was like for her to leave her home to come here and study.

The process of cultural learning refers to different stages of individuals’ feelings and emotions, when they come to a new cultural environment, which has been discussed heatedly nowadays. When in childhood, everyone was taught to develop a sense of cultural belonging, thus people became a member of different identity groups. However, a person may face acculturation and encounter difference through travel, study and work. Combined with my own experience and major (intercultural communication), I am going to discuss the short-term cultural learning. In response, I will give some suggestions to help individuals adjust mindset to adapt to a new cultural context. 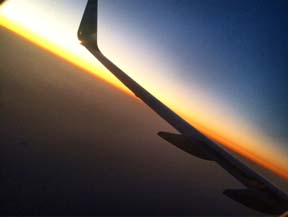 The process of adult cultural learning are divided into three groups, for me, an overseas student, I belong to the short-term stage, sojourner type. It usually refers to people who stay between three months and two years. For this group, people will experience a W-curve of culture shock, which includes five periods, honeymoon period, culture shock, initial adjustment, mental isolation and finally acceptance and integration. People may meet many differences through exchanges where they visit the new culture for a period of time. (Byram, 1997; Lara, 2000)

I came to Manchester five months ago, and the honeymoon period for me is only the first few weeks. When walking in the streets, I was indulged in taking beautiful pictures, and curious about my new life in Manchester. Soon after it was so depressing for me to realise that there was too much otherness that I did not like. I suffered from culture shock, the second period. For the time being, through some adjustment, I am delighted to find that I fall in love with the city again. As we can see, I have already experienced the three periods. 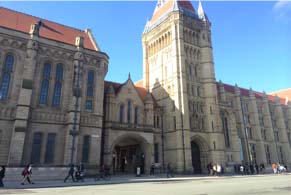 Before I came to Manchester, I had studied in America for almost two years. I had really experienced a short-term acculturation. For the first month, I was in the honeymoon period. All the new things and the differences attracted me. Later, I felt tired of the new environment and started to hate differences. I just found that I do not like anything there, including the professors or the classes. To make things worse, I began to feel lonely, which I had never experienced before. Fortunately, after one semester adjustment, I got used to the life style. Gradually I was excited to be part of it, I enjoyed the weather, the beauty and the people there. Finally I felt acceptance and integration.

To sum up, in terms of people’s affective, cognitive and behaviour, the process of acculturation is sure to be stressful, but it is an unavoidable. The only thing we need to do is try to find some ways to help us adapt to a new environment quickly. If the person is a sojourner who faced with short-term acculturation, he should be aware of he will experience a W-curve and prepare for the culture shock and mental isolation. In my opinion, reading is a quite good solution to corporate with the problem. On the one hand, people can get ways to deal with cultural phenomena. On the other hand, it can help people pass the time and prevent mental isolation. By reading books of different languages, people will feel the essence of various cultures’. As the old saying goes, “take people long to fill yourself short”, in return, it is more conducive to improve one’s own culture. Hope with these approaches, individuals could deal with the acculturation better, in the meantime; the culture diversity could be protected.