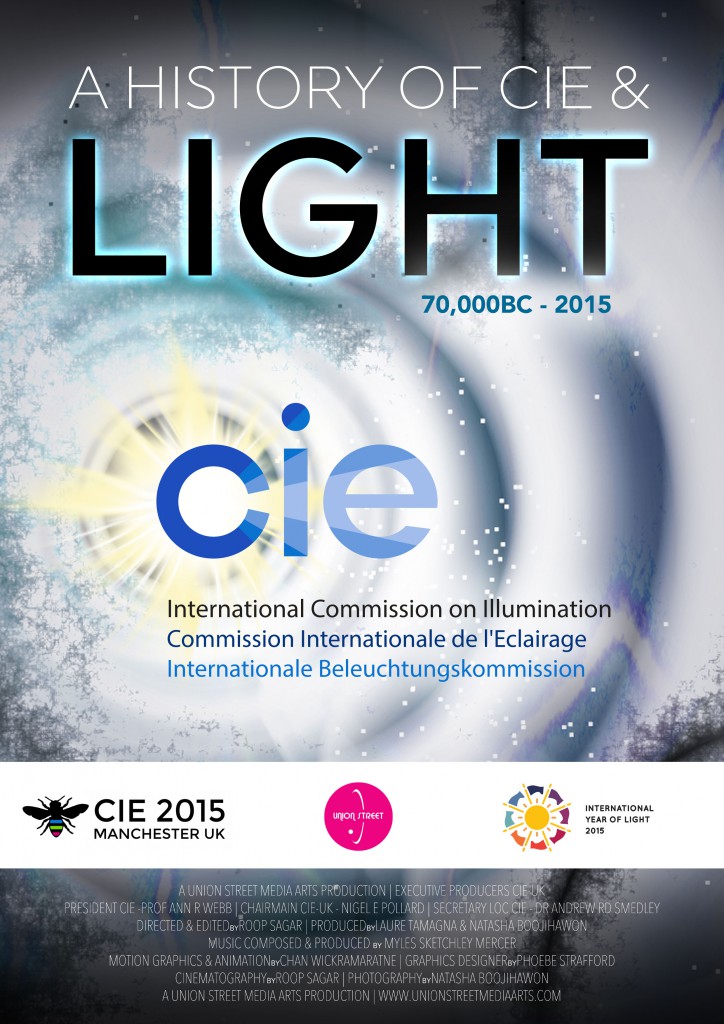 As you all may be aware last year Union Street embarked on a massive project with our clients CIE – The Commission on Illumination to showcase their history dating back from 1903 to 2015, showing how they have been guiding light based technology since their creation.

Official logo of the International Year of Light 2015.

Alongside this, the film also covered the historical timeline of light technology dating back to the early days of man at 70,000 BC where the first lamp was a hollow rock soaked in animal fat and then the Fish Lamp, a large sardine with a reed through it which would burn for hours using the fish oil to fuel it. Amazing raw products used in such a simple way made early man quite the practical thinker and start the progression and evolution of harnessing light.

We are now in 2016 where the light bulb has evolved recently into the Graphene bulb developed here in Manchester. Also the wide usability of the energy efficient LED which was first advanced and turned on 50 years ago by GE engineer Nick Holonyak. 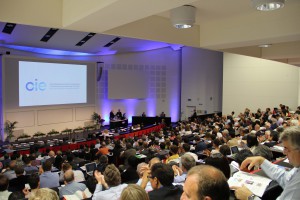 These are very exciting times that we are lucky enough to be witnessing and our film “The History of CIE and Light” explores all of this technology and the great minds behind it. Tracking from 70,000BC to 2015 it’s got a huge expanse of time to cover but we managed to do it and the film was viewed by over 500 people at CIE’s quadrennial conference last July also apart of UNESCO’s The International Year Of Light. It was so warmly received that a second screening had to take place due to the delegates demands.

We were not aware at the time of producing this film until last month in Dec 2015 that the International Year of Light were holding a closing ceremony to mark and celebrate the year of light and Nigel Pollard, Chairman of CIE-UK, mentioned to us that they also were running a parallel International Year of Light Film festival to honour all the great films and artwork that has been created in it’s celebration and to pay homage to the creators.

We thought “oh cool, worth a shot” then completely forgot about it and thought nothing of it.

We are super excited to say that our film “The History of CIE and Light” has been officially selected for the International Year of Light Film Festival in the city of Mérida, Mexico from feb 4-6.

This is a real honour for Union Street. A small creative collective from Old Trafford has been selected to feature in an International Film Festival across the other side of the planet in Mexico. 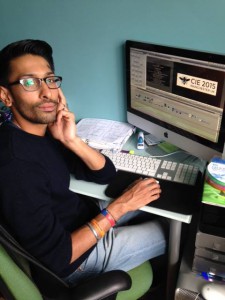 Mexico is a destination we have on our list for must visit as it offers a great deal of interesting ancient architecture and sites are from when the Mayan Civilization was thriving back in 2600 BC.

I was determined to go as soon as I found out that we were officially selected. Then I looked up the prices for the flights and realised that it might not happen. Flights are around £800 and due time restraints and with work commitment it’s just not plausible.

But for now we are thrilled and over the moon that this has happened to Union Street and that the recognition that the film department deserves is coming through on an international scale. If we go over the effort that went in that film again it’s crazy;

The CIE project started way back in November 2014 and we started by producing a trailer to attract an international audience to the event. We captured some beautiful Manchester timelapse and spent 35 hours filming!

Then we came to the main film for the opening ceremony for the CIE conference – research started in January 2015 and by the time June came we had done a total of 56 hours of filming, over 150 hours of editing and 102 hours of motion graphics and animation work to get it completed!

And that’s not including the uniquely composed soundtrack!

This film compiles the incredible history, achievements and inventions CIE and lighting for the past 100 years and what an honour it was to be a part of this event.

Please Enjoy the Film!
We loved making it! It has the best of us in it.