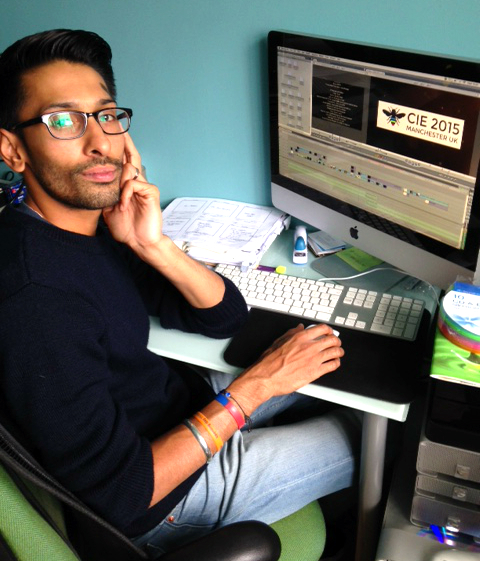 Telling stories is an art. Ask any author. To tell good stories you have to create pictures with words. But it is not the words that make the story good or bad but the order in which you put them.  And this is the basic principle of editing.

You can have the best shots in the world but if you don’t assemble them in the right order then all your hard work will be for naught.  Alternatively even with the worst footage, a film can be saved in the edit suite.  Whilst an editor often winces the phrase “it can be fixed in post-production”, usually due to a rushed job, inadequate equipment or honest fudge-ups, it never-the-less is true.

Without being too technical, what a person sees on screen is a little over 20 pictures in one second.  So for a two hour film that’s around 172,800 pictures.  To be truly effective, each of these pictures (frames) has to be analysed as one picture – too few or too many can make all the difference.  This could be cutting away to a different shot literally as a person finishes a sentence to add emphasis on what has been said. Alternatively it could be leaving a few extra frames of silence after a person has finished talking to allow the information to sink in.

Both of these techniques can be very powerful and communicate meaning to the audience without the use of words or actions.  To the audience these `choices` may well be subliminal and this is how it should be.  A story should have a natural flow transporting the audience from one scene to the next without them taking note of the change.  A bad edit will jar the audience from this fantasy as something feels off, doesn’t flow quite right or doesn’t quite make sense.

This isn’t to say the edits need to be complex. As with most things, simplicity is the key.  If the choice being made is to make the best use of the footage then the result will be fine.  It’s when choices are made because they are ‘popular’ or a ‘cheap’ attempt to draw attention.  In the 8o’s this used to be the obligatory topless woman shot, even when it had nothing to do with the story.  But the audience began to question this and today it is far more seldom to see such shots.  Instead we have the over-use of special effects.  The mistake producers, directors and editors make is believing that people pay to see special effects rather than stories.  But with people being able to voice their unfiltered opinions instantaneously via social media, it is clear that people want a good story more than fast moving shots, camera flares, explosions and topless women.

The Academy Awards are considered the pinnacle achievements for film-making.  Everyone knows who won best actor or director or what was the best film. But no one ever remembers who won best editor. And yet it is the editor who is the story teller creating a piece of art from a multitude of pictures. So to the editor, storyteller, grafter, taker, giver, artist, art director and everything in between and of course not forgetting midnight coffee junkie of sorts… WE SALUTE YOU!