As the Light begins to fade 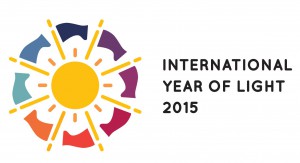 As 2015 comes to end so too does the International Year of Light.  This event has been celebrated all over the world throughout the year by different organisations from all sectors, arts through to engineering.

For us it held special meaning as we worked with the globally renowned International Commission on Illumination (CIE) preparing films for their 28th Quadrennial Session (conference) which was held here at the University of Manchester.

Working very closely with CIE we designed two films; a promo for the event and the main film ‘A History of CIE and Light – 70,000BC- 2015’. Shown at the opening ceremony of the conference to set the scene for the lighting field and CIE’s crucial role, history and place within it. Check it out HERE.

We captured some beautiful Manchester time lapse’s and spent 35 hours filming for the promo. The final film took a staggering amount of work to complete, the research started in January 2015 and by the time June came we had done a total of 56 hours of filming, over 150 hours of editing and 102 hours of motion graphics and animation work to get it completed! And that’s not including the uniquely composed soundtrack!

We got to use our specialist camera rig for shooting cars and driving scenes. This was exciting as we had our hands on a Audi S4 for a day which was a delight to drive and the footage we came away with was excellent. You can see this in the film later on around the date 2011 when LED lighting was first used by the car industry.

Possibly the highlight for me was the visit to Thorn Lighting in Durham. An amazing space dedicated to the progression and manufacture of lighting in Britain. One of the only light manufacturers left here. This was a special place, we could feel it as soon as we went in. Huge assembly warehouse producing everything for lighting from the streets all the way to aviation. Thorn has great heritage and they also pride themselves at being involved in research, design and teaching of light technologies. The Thorn Academy of Light’s key objectives are to improve knowledge of and creativity in professional lighting and design, and deliver the ideal balance between light quality and energy efficiency. We were able to visit and film some of these advanced specially built laboratory which measure light, radiation and even radio interference.

‘A History of CIE and Light – 70,000BC- 2015’ starts at the beginning to show the first primitive lighting devices which were hollow rocks soaked in animal fat at around 70,000BC all the way to modern LEDs used today.

The light invention timeline includes great people such as Nicola Tesla and his invention of neon lighting. Other visionaries like Howard Woodward a Canadian who actually invented the Light Bulb.
The timeline is tied together by animated light tunnel which guides the viewer through all the eras of lighting. This is Interwoven with all the history of CIE dating back to 1911 to show their creation, progression, advancements and integral role in the history of lighting.

We were so lucky to get such a great education and deeper understanding of the lighting industry. Being able to work closely with Scientists and engineers doing some of the acclaimed research at the fore front of light and its intricacies. We had the pleasure of working with the chairman of CIE UK Nigel Pollard, CIE President Prof. Ann Webb and Dr Andrew Smedley from University of Manchester. All who are very experienced light designers, engineers and atmospheric scientists.

Another interesting piece of tech from the early years is a ‘fish lamp’. Which was a large sardine with a reed pushed through it! Crazy but genius! This was used in 30,000 BC due to its high oil content it would burn slowly and for a long period of time.

Due to snagging this incredible piece of work and the fact that we are such a small, local company, we also had an article published in the official magazine of the Greater Manchester Chamber of Commerce featuring our work! 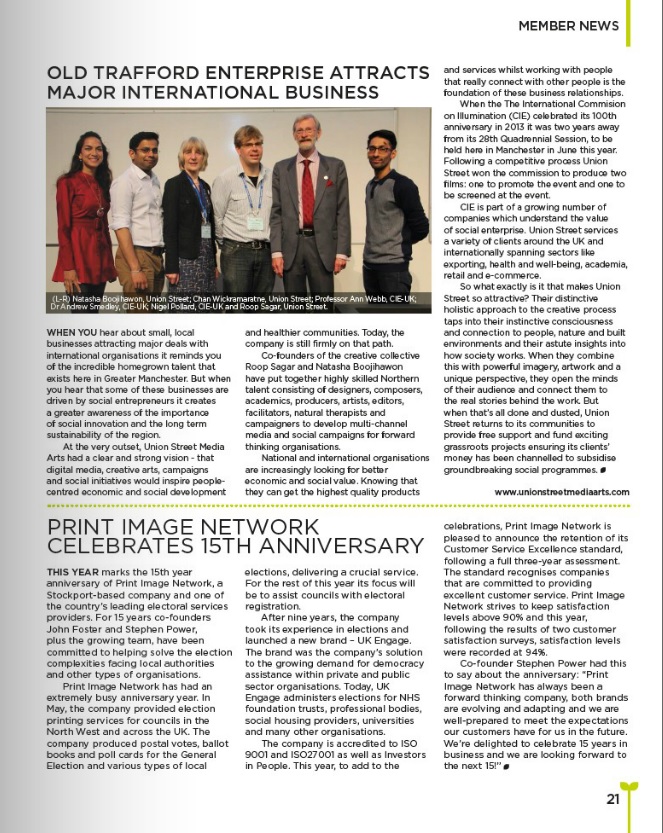