We have had a busy 2016 with a variety of projects going on, the biggest one has proven to be one of the biggest challenges we’ve faced – 12 short films for disengaged teenagers.

During 2015 we were contacted by a Professor from the University of Central Lancashire in regards to a pilot programme she designed and tested which was created to help those teenagers who were having problems in school.  She had broken down the various issues being faced by today’s youth into categories and wanted a film that depicted each one.

We also were tasked to design and create this programme into an online educational toolkit that could be accessed by all schools, with the feel of a course, a database, monitoring, scoring and of course security.

The films had to be designed to engage the teenagers without alienating them and help them focus on their future and all they could achieve.  This was the real challenge as none of us are teenagers and the tastes of today’s young people are completely different to those we had in our own youth.

So the first step was to go talk to the target audience. 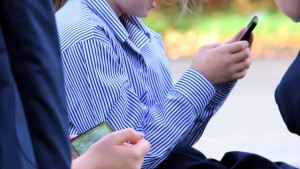 We went to two schools and asked the young people what would be the most effective ways of communicating this kind of material to them. The young people undertook some Script & Storyboarding workshops delivered by us and the feedback we received was invaluable.

Based on their recommendations we designed and produced twelve different types of film.  Depending on the content we found different ways of ‘talking’ with the audience, such as a video montage with voiceover, green screen and animation – our new service!

The films are now complete and we are in the final testing period of the website.  We’ve really pushed ourselves for this project, the results have definitely shown it was worth it!